Undergoing an arrest can be a stressful matter for all who are involved, be it the person in question, a friend or family member. If it’s your first encounter, navigating through the legalities of the situation can be confusing with questions arising such as when can someone post bail? Time and compliance are usually of the essence for legal matters, so it’s important to know what you’re capable of doing in order to avoid extending the matter further. When you need to post bail in Jefferson, GA there are some things you should keep in mind. 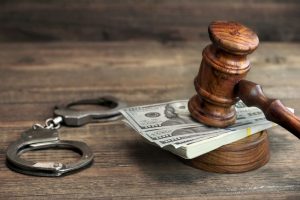 When you or someone you know has been arrested, it’s important to know how to post bail.

When you get arrested, you’ll find out your bail amount and have the option to pay on your own or offer up property with cash value. A bail or bail bond payment is insurance to the court that you will show up when assigned on your scheduled court day and time. Once you post your own bail you are released from jail with the expectation that you’ll comply to arrive in court. Once you do, the amount you paid will be returned back to you. Posting bail assists your case during court procedures depending on your charges (Misdemeanor bail in Pennsylvania.) However, if you fail to show up to court than your payment will be kept and a warrant for your arrest will be issued. 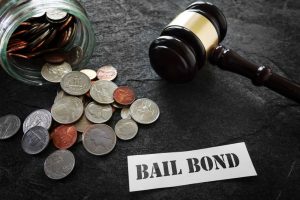 When you can’t pay the full bail amount, consider a bail bond to help you out!

If you are financially able to be released on your own dime (recognizance) then you should try that option. Generally speaking, bail bonds are used when you are not financially able to post bail. However, bail may require that you only pay by money order or cash when circumstances are that you aren’t able to go out to withdraw an amount at present. However, there are some circumstances regarding your history that can allow you to pay or sign for your own bail. Some possibilities may include it being your first-time offense, having a good credit score, owning a home, having a stable job and having a long-term residence in the community. If your home holds equity equal to or greater than the bail amount than that can be used to get you out. 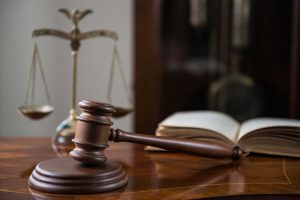 It’s essential to show up in court or you may risk more jail time & financial charges.

How long do you stay in jail if you can’t pay bail?

If you find yourself in the situation where you’ve been asked to post bail for someone, here’s what you need to know. If you post the full amount of bail than your money will be kept as a deposit until your friend shows up in court in which then it would be returned back to you. This works similarly to when you use a bail bond. With bail bonds, you would sign a bail contract with a licensed bail bond company that states you’ve legally become an indemnitor and thereby assume responsibility to the court as well as to the bail agent that your friend will show up in court. You’d only pay a portion or premium amount of the bail at that time.

What happens if you bail someone out of jail and they run?

Although you won’t be criminally liable for the defendant’s actions, you will be civilly liable and would need to help the bondsman in getting the defendant back to court or jail or risk making the full bail payment or having the full payment you made kept.

A timely bail can help in avoiding a felony charge or getting it reduced down unless the crime committed is too severe. A bail bond would ensure that time is given for this reduction to happen.

If you find yourself, a family member or friend in need of posting bail then carefully consider your options before you make a full commitment. Remember, in the legal world actions have consequences as well as repercussions if terms are not met. Be responsible for your proceedings and ask questions or do your research if necessary.

If you need to post bail with bail bonds in Jefferson, GA call 706-353-6467 with Double "O" Bonding! With 29 years of bail bond experience, we’re your dependable option for help!