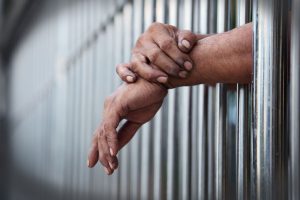 A Felony Conviction in Georgia Comes with a Minimum Sentence of One Year in Prison.

In Georgia, as in most states, crimes are divided into two categories: misdemeanors and felonies. Misdemeanors are less serious crimes, such as petty theft or a first DUI, that come with relatively light punishments. Felonies are a different beast entirely, however. If you find yourself confronting a felony warrant, then you have some serious trouble on your hands. A felony represents the most serious of criminal charges, and will range in degree from third to first. First degree felonies include the most heinous and/or serious of crimes, including murder. Third degree felonies, on the other hand, can include a fourth DUI in a 10-year period, some arson charges, and violent robbery. Of course, charges and consequences depend on the specific nature of your crime, the attitude and position of the prosecuting attorney, the judge’s predisposition, or the decision of a jury.

What Is a Felony Charge?

According to law, felonies are the most severe of criminal offenses. They can exist as aggravated forms of less serious crimes, such as assault, along with the most serious of crimes, including murder and rape. As for sentencing, a key characteristic of a felony is the minimum one-year prison sentence in a state facility. Unlike misdemeanors, Georgia felonies will remain forever on a person’s criminal record, with no chance for expungement.

Felonies cover a broad range of both violent and non-violent offenses. In some cases, a misdemeanor can evolve into a felony if it was a repeated offense, or involved violence. Misdemeanors that the court can elevate to a felony include:

As for natural felonies, or crimes that always count as a felony, you can include the absolute worst of offenses, such as:

The Consequences of a Felony 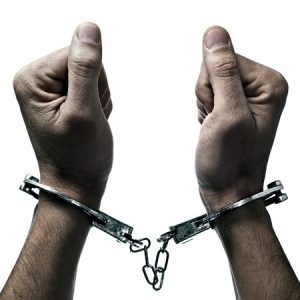 If Charged with Felonies, You Will Need the Benefit of a Talented Defense Attorney.

Felonies come with a host of consequences that vary from state to state and according to the specifics of the crime. Of course, the chief consequence of a felony is the sentencing. Sentencing for felonies can range from one year in prison, to a death sentence or life imprisonment. Furthermore, Georgia has a “three strikes” law in regards to felonies. If someone suffers conviction of a third felony, regardless of its nature, they will spend the rest of their life in prison. In Georgia, felonies have a minimum sentence of one year in jail and a $1,000 fine. Of course, these periods can change dramatically with the specifics of the charge.

In Georgia, certain felonies come with mandatory sentencing defined in the state legal code. This means that, if convicted, you will be incarcerated for at least this minimum term, and perhaps more at the discretion of the court. For example, aggravated child molestation and rape both come with mandatory 25 year sentences. There exist other consequences that are universal for any felony conviction. Some of these, while not defined by law, represent the reality of a felony conviction on your criminal record. Others are actual, unavoidable legal consequences. If you suffer any felony conviction, whether for multiple DUIs or kidnapping, you can expect the following.

Sometimes, a lenient judge may allow a felony defendant to serve all or part of their sentence on probation. Probation allows for an individual to continue their life in the free world, keep their job, and remain a productive citizen. However, felony probation typically comes with fees, community service requirements, and a host of other rules. If you ever find yourself on the wrong side of a probation requirement, you risk probation violation. The probation violation process usually puts the felon back before the judge, who will determine whether to extend probation, institute other requirements, or revoke probation entirely. If probation gets revoked, then the convicted felon must report to jail and serve the entirety of their original sentence.

Do Felonies Ever Go Away?

In Georgia, there exists no process to expunge a felony. A felony conviction is permanent, and will persist as a major stain on an individual’s criminal record. The permanence of felonies can have harsh consequences, such as difficulty finding a job or apartment, receiving credit, and, for sex crimes, the inability to live in certain areas.

What Is an Example of a Felony?

Felonies include a wide range of crimes, including the most serious acts of violence, such as murder and kidnapping, and non-violent crimes like felony embezzlement or forgery. Some misdemeanors can elevate to felonies in the event of multiple convictions or the use of violent force.

Can Felony Charges Be Dropped?

Prior to conviction, any criminal charges can be dropped, including felonies. The two most common means for this include a victim’s decision to drop the charges, or the presentation of a highly convincing argument to the prosecuting attorney. Even if these conditions are met, the final decision rests in the hands of the judge. Sometimes, the court may also downgrade a felony to a related misdemeanor.

What Are the Different Levels of a Felony?

Do Felonies Ever Drop Off Your Record?

Unlike some misdemeanors, felonies never drop off a criminal record. Felonies are permanent in this regard, with no hope for expungement.

Do You Go to Jail Right After Trial?

Typically, yes. If convicted of any crime, including felonies, and sentenced to jail, the sentence usually begins right away. The decision to delay the sentence must come from the judge, and typically requires a compelling argument on the part of the defense attorney.

If you are in need of a bail bond for a felony in Jefferson, GA, call 706-353-6467 for the local bondsman leaders. At Double "O" Bonding, we specialize in fast, assured jail release.