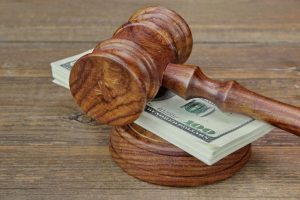 Bail Vs Bond–What’s the Difference? Learn About the Subtle Differences of Bail and Bonds.

We use bail and bond so interchangeably that we begin to think that they are the same thing. Both of them have the same purpose–to release someone from jail–but they are actually different in what they do. So in terms of bail vs bond, there are some differences. Bail is used to releasing someone from jail by paying an amount of money, or property, that has been set by a judge.  The caveat is that you pay the bail on the understanding that you will appear for your scheduled court date. By paying the specific bail amount, you can get out of jail pretty easily.

A bond, on the other hand, is used when you don’t have the necessary funds to bail yourself out of jail. For these types of circumstances, this is when you call a bail bonds company. They put up the money for your bond (you pay them 10% of the bail amount) on the condition you show up for your court date; if you don’t show up for your assigned court date, the bail bonds company pays the full amount. Find out more about the different types of bail bonds people can receive.

Whether you are posting bail for another person, it’s important to know the difference between bail and a bond. Find out about our bail process in Jefferson, GA by calling Double “O” Bonding at 706-353-6467.