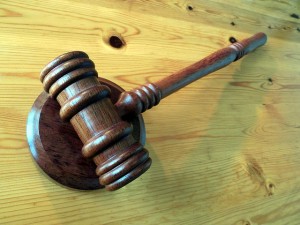 Depending on the crime committed, there are cases where the arrested person will be denied bail. Because of the Bail Reform Act of 1984, a judge can revoke the right to post bail if the person is considered a danger to society. These are some of the offenses a judge will look at to determine whether a person will be permitted to post bail:

A judge will look at the crime that has been committed. Violent crimes and crimes that have harsh penalties such as life in prison or the death penalty, will have their right to post bail revoked. Drug charges that hold a penalty of a minimum of ten years in prison lose their ability to post bail as well. The judge will also look at the criminal history of the detainee and whether they are considered a repeat offender.

If a person is considered too dangerous to be allowed to leave jail, the judge must provide evidence with their ruling to deny release on bail. The accused is allowed to offer counter evidence to challenge the decision and attempt to have their right to post bail approved. From there it is up to the judge to decide the threat level the person poses to the public if released.

If you or a loved one has been arrested but cannot afford to post bail, contact Double O Bonding for bail bonds in Athens, GA. We are available 24/7 to help you get out of jail fast. Call us at (706) 353-6467 for more information on the bail services we provide.