In order to make the bail bond process a lot smoother, it is imperative to know what and what not to do. Unfortunately, mistakes can happen and it can bring more issues in an already stressful matter. To ensure the bail process is uncomplicated and your release isn’t delayed, here are common bail mistakes that you should avoid at all costs. 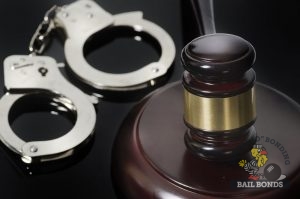 This is a bail bond mistake that will surely put you in jeopardy. When you apply for a bail bond, it is important that the address is absolutely correct. Putting down an incorrect address will make you look dishonest and could even get you sent back to jail.

Some travel is unavoidable but before you go out of state, you need to notify the bail bondsman and the courts. As long as travel does not conflict with court dates it should be okay, but this is a bail bond mistake that could end up costing you your bail bond and the bail bond fee if the proper notification doesn’t take place.

This is a bond mistake that can lead to no good. If you miss a court date or delay payment on a bond, this can lead you in serious trouble.