Depending on what type of drug a person is in possession of, distributing, or manufacturing, will determine what kind of charge the person will get. Below we will discuss how certain drugs are classified and charged in the state of Georgia. 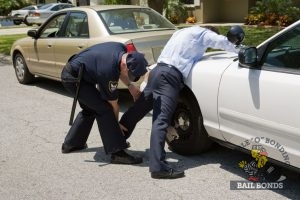 If you have less than one ounce of marijuana on you, then it is considered a misdemeanor, which is a year or more in jail and a $1,000 fine. If it’s more than one ounce, you are looking at one to 10 years in prison. Marijuana is considered a schedule I, which means it is a high category drug.

Cocaine is classified as a schedule II drug. When someone has cocaine on their person, it doesn’t matter doesn’t matter the amount, it is considered a felony. Depending on possession, distribution, or manufacturing will depend on how much time someone will serve, but prison time is inevitable.

Heroin drugs are classified and charged a lot like cocaine; no matter if you are in possession, distributing, or manufacturing, a person will do prison time. Heroin, is considered a Schedule I drug, so therefore prison time is a lot longer. A first offense can be up to 15 years in prison, and someone who has been charged for the second time can face up to life in prison.

At Double O Bonding, we want to help people who have been arrested for a drug charge and need drug charge bail in Athens, GA, so give us a call at (706) 353-6467. We are open 24/7, so you can reach us day and night for our assistance.