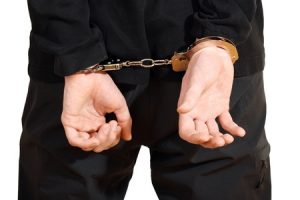 We’re all human and we all make mistakes. Luckily, trusty bail bondsmen are here to help you through the situation when it has to deal with “Johnny Law”. But one thing that may come to you as a surprise is that not only regular people need bail bond services, celebrities do, too! Check out some of these well known stars that have been forced to utilize bail bonds on several occasions.

This well known actor and comedian has had several run ins with the law where he had to seek the assistance of a local bail bondsman. Over the years, his situations have proven to be quite expensive, especially for his bail bondsman. For example, in 2009, Williams was charged with burglary in Georgia and his bail was $40,000, which was posted by his bail bondsman. Once he was released, Williams wasn’t able to make any payments on the posted bail and was later arrested for a second time for the lack of payment. He was then forced to pay his own bail of $10,000 to avoid being held until his hearing.

This starlet is most popular for her  issues with the law and time in rehab. After violating her probation on several occasions in 2010, she had to reach to her bail bondsman for assistance to post additional bail over an extended time to ensure that she remained out of jail until her hearing.

The famous actor faced some severe charges, including disturbing the peace and domestic violence. Because of his public inebriation , he made a bad situation worse when he became involved in a physical altercation with the paparazzi. Cage ended up having to contact one of his good friends, Duane Chapman, better known as “Dog the Bounty Hunter”. Chapman was asked to post $11,000 to help Cage stay out of a tough situation.