There are people who make honest mistakes that get them into legal trouble, and need help making bail. And then there are these people, who could probably use their jail time to rethink their priorities in life. 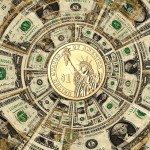 A fifteen year old boy from Detroit found out the hard way that bank robbery isn’t as easy as it looks in the movies. The boy, who remains unnamed, was sent to a juvenile detention center after entering a bank and demanding money. He made his demand through a note stating that he had a bomb on him (he didn’t), and a teller handed over the cash. The boy thought he’d gotten off clean until the teller activated one of the bank’s defenses: Two sets of doors that closed and locked, trapping the teen in between. He was soon picked up by police, and hopefully given a sound scolding.

A man in Yorkshire, England, was the butt of social media jokes after he drunkenly drove his Mini Cooper into a pole and fled the scene. Police found him trying to blend in with a Nativity display several yards away. Apparently, he just wasn’t angelic enough to fit in — and he most definitely wasn’t a wise man. 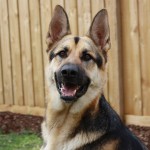 A man living in Vienna, Austria, should have familiarized himself with his locale before starting his marijuana growing business. He might have thought the warehouse was a wonderful spot to grow his plants, but it was located a bit too close to a police dog facility. Naturally, the dogs sniffed out the pot, and the man was arrested. (Google Maps, dude. Just sayin’.)

We hope you enjoyed this humorous glimpse into the world of real crime. While these criminals were laughable, we take our commitment to our clients very seriously. Don’t hesitate to call us if you need bail bond help!